Lloyds Banking Group produces an annual report of Home affordability and the latest report shows that Coventry home affordability is holding firm. This is despite Coventry being one of the cities with the fastest-rising house prices over the past five years including Bristol, Gloucester and Ely, where prices have risen more than 45% since 2012.

Home Affordability ratings, which compare the costs of buying a home in an area with the average regional pay put Oxford at the top of least affordable list: the average house price of £385,372 is now 10.7 times the average annual gross earnings in the city, of £36,033.

We have looked at the latest Coventry house price figures from two property portals.

During the last year, sold prices in Coventry were 6% up on the previous year and 14% up on 2014 when the average house price was £156,283. See more information here: Rightmove Coventry house prices.

Zoopla reported different figures. The current average value in Coventry in February 2017 is £192,705. This has increased 0.03% from November 2016. Terraced properties sold for a current average value of £149,697 and semi-detached properties valued £214,171. In the past year property prices in Coventry have increased 6.70%. See more information here: Zoopla Coventry house prices. 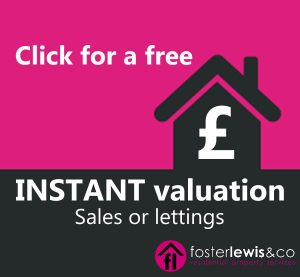 At the time of writing we could only find median salary information for the West Midlands not Coventry directly. However If the average earnings are roughly the same as Oxford, then the home affordability for Coventry is about 5. This is much less than Oxford but more than the most affordable cities such as Stirling at 3.7 or Bradford at 4.2.

Home affordability is a useful measure but not the only one. For example we think the housing stock quality is on average better than several cities but maybe we are biased!

Try our valuation site if you want to find out how your home is worth at http://valuation.fosterlewisandco.com/

Please get in touch if you want a property valuation or want to view the properties we have for sale or rent: Foster Lewis and Co estate agents office on 02476 592929 or use our contact form.