We all need somewhere to live, but recent figures from property giant Zoopla show that buying a home in Coventry beats renting by an average of £100 per month. The survey reveals Coventry is one of the top 3 cities for buying a property being better value for money than renting.

The main survey findings are as follows: 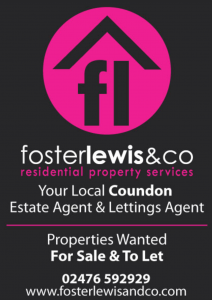 Zoopla’s analysis of the cost of renting a two-bedroom home compared to servicing a mortgage reveals that buying now works out cheaper than renting in 48 per cent of cities in the UK on a month-by-month basis, compared to 36 per cent when the data was last analysed in October 2015.

The costs of buying a home in Coventry

In the survey, the average monthly rental for a Coventry property was £726. The average asking price for a house was £118,998 which would attract an average monthly  mortgage payment of about £595, giving a saving of 20% on renting.

Lawrence Hall, spokesperson for Zoopla said: “Once you get past the initial fees that come with a house purchase, such as a deposit and stamp duty, our figures show that it can pay to try and get on the property ladder. On top of the enjoyment that can come with owning your property, buyers may also find themselves with more disposable income at the end of the month than those renting their homes. Particularly if you’re in Scotland, Northern England or in the West Midlands, taking the first step onto the ladder and sacrificing the flexibility of renting can be a much cheaper alternative.

Here’s the table in full:

For more information on buying, selling, renting out or renting a property in Coventry call our office on 02476 592929, email: [email protected] or use our enquiry form. Also use the Foster Lewis and Co mortgage calculator to estimate your monthly repayments.

Coventry homebuyers better off than renters

Zoopla survey – cheaper to buy in 48% of UK cities.

buying a home in Coventry buying compared to renting