Coventry’s average house price could rise as a result of parents of students buying second homes or buy-to-let properties for accommodation for their children. 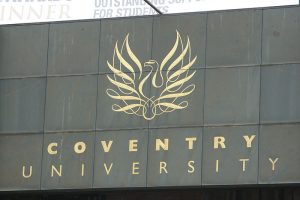 By Sashataylor (Own work) [CC BY-SA 3.0 (http://creativecommons.org/licenses/by-sa/3.0)], via Wikimedia Commons

This rising popularity could have a knock-on effect for first time buyers. Research by an an online  property agency revealed average property prices in the UK’s top 50 university cities have risen by more than 27 per cent over the last three years.

Coventry has been identified as one of the university cities where if parents could afford to buy a second home or buy-to-let property for their child to live in while they are studying then they could cover at least part of the cost of tuition. This is based on the house price growth over the duration of their three-year degree which have tuition fees of £27000.

Be cautious with predictions and consider tax and costs

The research also fails to take capital gains tax in to consider along with estate agent fees.

There are other factors to consider as past performance does not always predict future performance.

The presence of increasingly popular universities in a city can definitely influence Coventry’s average house price.

A healthy property market should support a strong supply of first time buyers. The prospect of parents buying houses for their student children may happen in the city but anyone thinking about this should also consider tax and professional fees for estate agents and solicitors.

Coventry’s average house to rise by 27 per cent