The Coventry employment market has had some mixed but overall positive news in recent months. Here is a digest of the latest news and how it helps the Coventry property market. 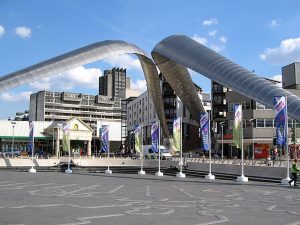 The building work at the Friargate development near Coventry station has seen over 100 local people employed. Friargate contractor, Bowmer and Kirkland says it means it has already achieved more than 50 per cent of its target for local employment.

A 37-acre development between Coventry railway station and the city centre, Friargate will see the creation of more than 3 million sq ft of new space.

Coventry based London Taxi Company is creating 1000 new jobs in Coventry. It is the creator of the iconic London Black Cab and is looking for new staff as part of a £300 million investment in the region.

The new site will house the manufacturing of the next generation of the vehicle, the Hybrid TX5 Model, as well as other forthcoming models. Production is due to start in 2017. 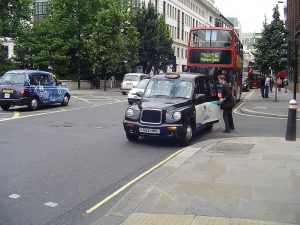 Recruitment agency Encore Personnel has been appointed to lead a country-wide recruitment drive to search for the next generation of engineers for the firm. See more details here: Black Cab company creates a thousand of jobs in Coventry

New figures from UK Trade & Investment (UKTI), has revealed more than 3,600 new jobs were created in Coventry and Warwickshire over the last 12 months by attracting foreign investment to the UK.

In the Coventry and Warwickshire Local Enterprise Partnership (CWLEP) area there was a total of 47 successful Foreign Direct Investment (FDI) projects during 2015/16 which led to 3,621 new jobs being created and safeguarding a further 1,206 jobs.

Of the projects, 57% were expansions and 21% new investments, while there were 21 recorded successes in the automotive sector.

Jonathan Browning, chairman of the CWLEP, said he was pleased almost 700 more jobs have been created by companies from overseas investing in Coventry and Warwickshire in comparison to the previous year.

“The figures show Coventry and Warwickshire is performing well and even accelerating on an already strong level from last year,” he said.

“This new foreign investment into the area is very positive news for the region and shows how well all the local authorities and organisations involved are working together. See more details here:

Coventry and Warwickshire has strengthened its position as a good area for employment and business. It’s not all good news however with sheet metal manufacturer CovPress calling in the administrators – http://coventryobserver.co.uk/news/profits-halved-covpress-administration-800-jobs-uncertain/ and Barclays axing 248 call centre  jobs at Westwood Business Park, Coventry http://www.bbc.co.uk/news/uk-england-coventry-warwickshire-37421508

Overall the prospects for the Coventry employment market remain good, which in turn helps to drive a stable and healthy property market for buyers, sellers, renters and landlords.

Please get in touch if you want to discuss moving to Coventry or moving within Coventry: Foster Lewis and Co estate agents office on 02476 592929 or use our contact form.