According to the British Bankers’ Association, mortgage lending by British banks were the highest since July 2008, indicating there is little sign of demand for property slowing down despite spiralling prices. New loans came in at £14.2bn in October, up from £13.1bn in September and the highest monthly level in more than seven years.

“These statistics show that housing market activity remained strong in October, with gross mortgage borrowing 26 per cent higher than a year ago and at its highest level for seven years.

“Consumers remain confident and their incomes are growing. Mortgage rates are at multi-year lows and people are snapping up the very competitive deals being offered by banks.”

Separate figures from the Council of Mortgage Lending suggested first-time buyers in some parts of the country are still struggling to get on the ladder.

In London, loans for new home owners in the third quarter of the year fell 1pc compared to the same time a year ago, as prices continued to rise. 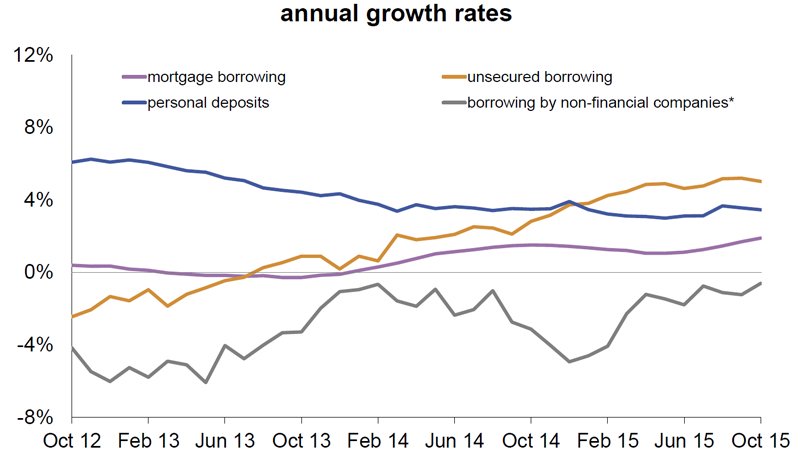 However, younger home owners are finding it easier to buy a place in Scotland and Wales, where mortgage loans to first-time buyers rose 16pc and 21pc respectively.

Recent months have seen a price war among mortgage lenders, which has led to some of the cheapest deals on record. Borrowers looking to fix their mortgage for five years can pay as little as 2.14%, while those fixing for two years can get a rate as low as 1.15%.

High quality global journalism requires investment. Please share this article with others using the link below, do not cut & paste the article. See our Ts&Cs and Copyright Policy for more detail. Email [email protected] to buy additional rights. http://www.ft.com/cms/s/0/55b3a56a-935d-11e5-bd82-c1fb87bef7af.html#ixzz3tHUACidz

Ray Boulger, of mortgage broker John Charcol, said: “The key to competitive mortgage rates is based on bank rate. With the market now not expecting the bank rate to rise until 2017, the cost of funds for lenders will remain low and so they can compete on mortgages aggressively. We can expect fixed-rate mortgage deals at current rates for several more months.

Mortgage lending back to pre-crash levels as house prices soar

Go to our mortgage calculator if you want a quick estimate of your monthly repayments, although we recommend taking advice from a qualified professional:  Foster Lewis and Co Mortgage Calculator.