In general, as investment flows into a region, demand for property increases. This puts vendors in a great position as a climate of investment means. This might not necessarily lead to rapidly increasing prices as that depends on the average earnings in the area.

Fortunately the Coventry property market already benefits from local big employers such as Jaguar Land Rover plus supporting smaller manufacturers, University Hospital and the Universities of Coventry and Warwick.

In March 2017, Coventry University outlined a £430m investment programme. The University is already one of the one of the fastest growing in the UK, spending  around £150m over the last five years on a range of new buildings, improvements and other property initiatives. The huge investment programme over the next five years is set to dwarf that figure.

The university’s director of estates, Rob Talliss, said: “There is no question that the next five years will see the largest investment programme in the history of the university.

“The work will be spread between new builds but also a constant programme of improvements which not only upgrade our existing facilities but will also reflect the changing ways in which students want to work. 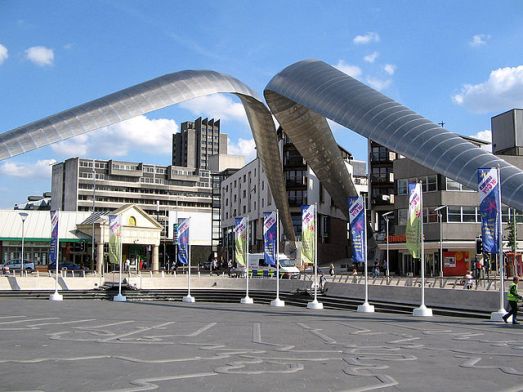 “The development of the Civic Centre will obviously be a major scheme for the city as well as the university and we are currently working up plans for that site.

“Our computing and engineering building has proved a huge success and we need to expand to keep driving forward our expertise in that field, and there is need for a new building.

Coventry City Council approved the appointment of the Shearer Property Group for the 818,000 sq ft mixed-use development in January. The firm has already worked on schemes such as the Parkway shopping centre in Newbury, the Grand Arcade in Cambridge and the new restaurant quarter at Cathedral Lanes in the city.

City Centre South will transform some of the oldest areas of the city centre, including Bull Yard, Shelton Square, City Arcade and Hertford Street, into a development that will include a major department store, retail units, restaurants and a hotel. The scheme will connect the city’s circular market with the rest of the centre.

The hotel and restaurants will be located in the leisure part of the development in Hertford Street, linking to Broadgate Square.

The development is hoped to be open for business by 2022.

Councillor George Duggins, leader of Coventry City Council, said: “When you look at all the changes happening around Coventry and see the ambitious plans for City Centre South, it shows there are great times ahead for our city.”

The substantial investment will generate employment and enhance the City centre which is a positive boost for the Coventry property market.

Please get in touch if you want a property valuation or want to view the properties we have for sale or rent: Foster Lewis and Co estate agents office on 02476 592929 or use our contact form.

Coventry University to invest £430 million over the next five years